About Live and Local

The Live and Local Strategic Initiative was designed to support local councils and their communities in organising and delivering live music micro-festival events. The program was funded by Create NSW on behalf of the NSW State Government and managed in partnership by the Live Music Office.

The Initiative promotes the Live and Local Event Model, whereby local businesses, both traditional and non-traditional, host local musicians over the course of an afternoon, supported by local council through marketing and promotional support, as well as better policy and regulation development to implement long-term strategies that support the growth of the local live music industry. 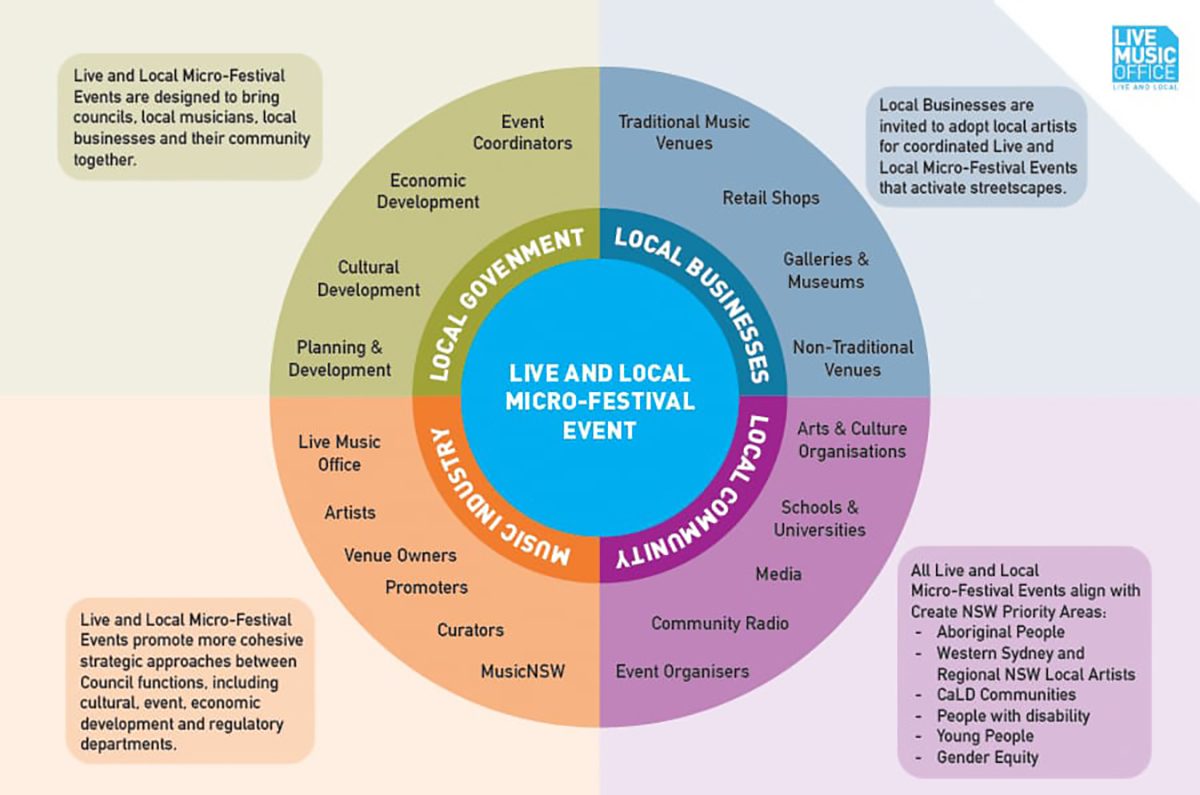 The event model was developed from the City of Sydney: Live Music and Performance Taskforce which identified the music community’s dissatisfaction with how publicly-funded live music events took place.

Venues felt they provided regular jobs for musicians and paid rates to Council. However, rather than benefitting local venues, Council budgets were directed to promoting imported artists in temporary venues.

The City of Sydney provided the Live Music Office with a matched-funding grant to carry out two Live and Local pilot events in 2014, Surry Hills Ignite with Sydney Fringe Festival and Kings Cross Ignite with APRA AMCOS. The strategy and method of these events is now being shared with suburban and regional centres across NSW through the delivery of The Initiative.

Delivery of The Initiative was initially developed to target Western Sydney under the NSW Government’s $7.5 million commitment to boost Western Sydney arts and cultural opportunities over four years.

The development of the Western Sydney Live and Local Strategic Initiative was informed by:

A total of 66 individual events were held across all 18 local government areas. 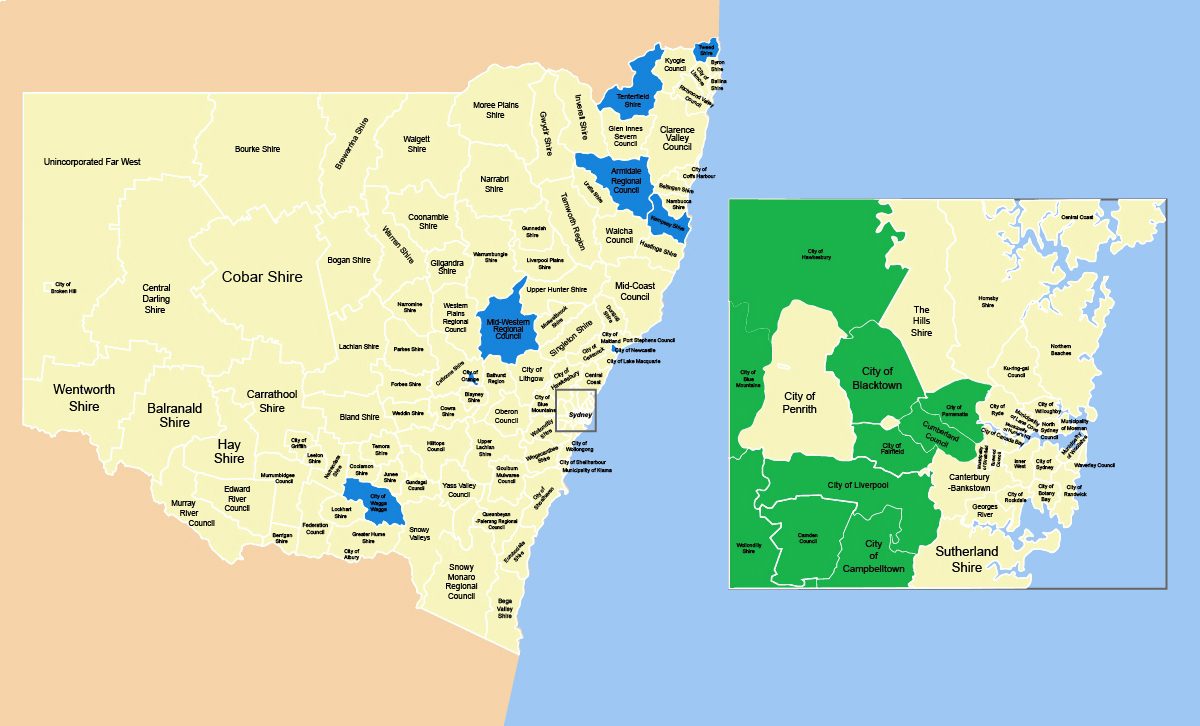 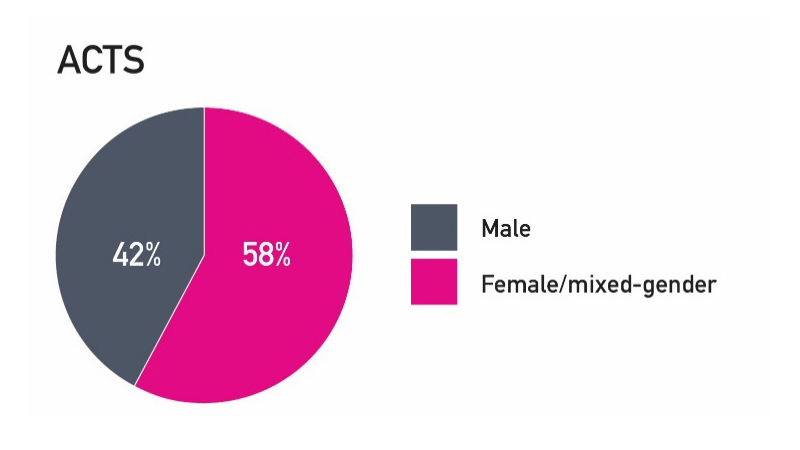 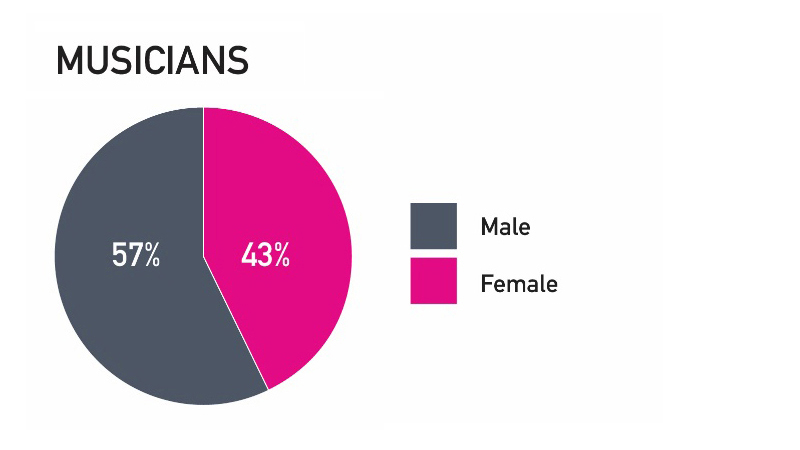 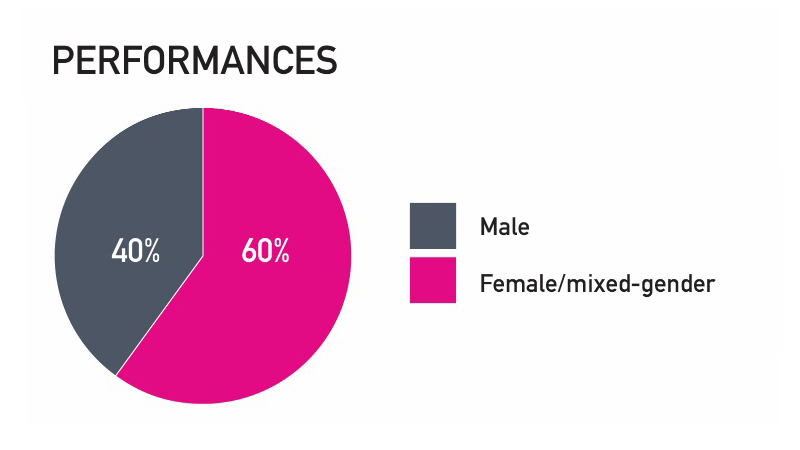 The program presented a range of genres but was focused mostly on acoustic performances, or performances with small PA requirements to suit small to medium venues.

Create NSW Priority Areas were represented in every program, with a total of 236 Culturally and Linguistically Diverse artists, 64 Aboriginal and Torres Strait Islander artists, 12 people with disabilities and 450 youth artists. The program presented a broad range of ages, from 9 years to 71 years.

1 By comparison, the national music festival circuit is still represented by majority male artists. The highest representation of all-female or mixed-gender acts was 44% in 2018: http://www.abc.net.au/triplej/programs/hack/by-the-numbers-2018/9524084

2 While some programs featured more individual male artists than individual female artists, every council achieved at least a 40/40/20 representation between male and female/mixed-gender acts and/or performances, or a readjustment of imbalanced representation from individual artists to acts and/or performances: http://apraamcos.com.au/news/2017/july/apra-amcos-leads-music-industry-toward-gender-parity-aims-to-double-new-female-members-within-three-years/

A total of 262 venues participated in the program. 35 different types of businesses were activated across hospitality, retail, hotel and entertainment sectors, listed as follows: 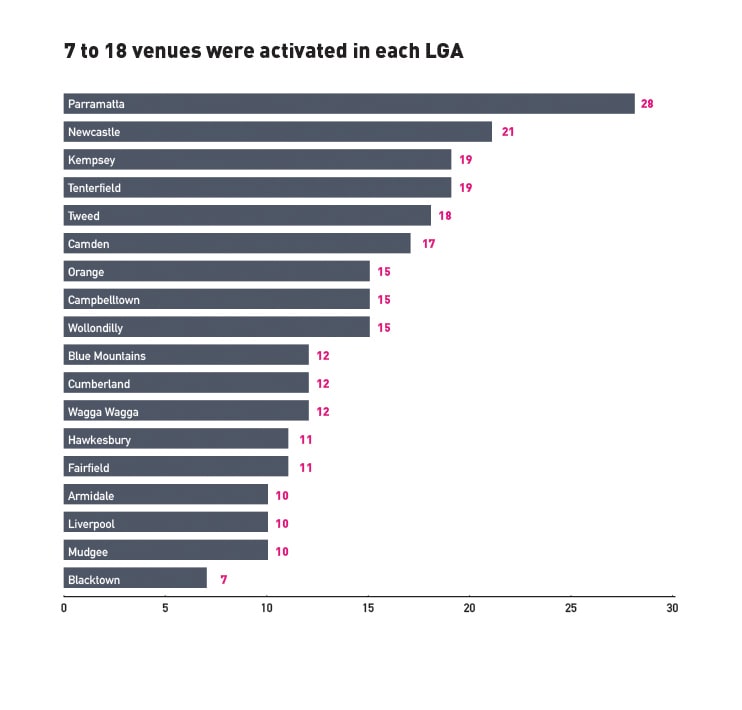 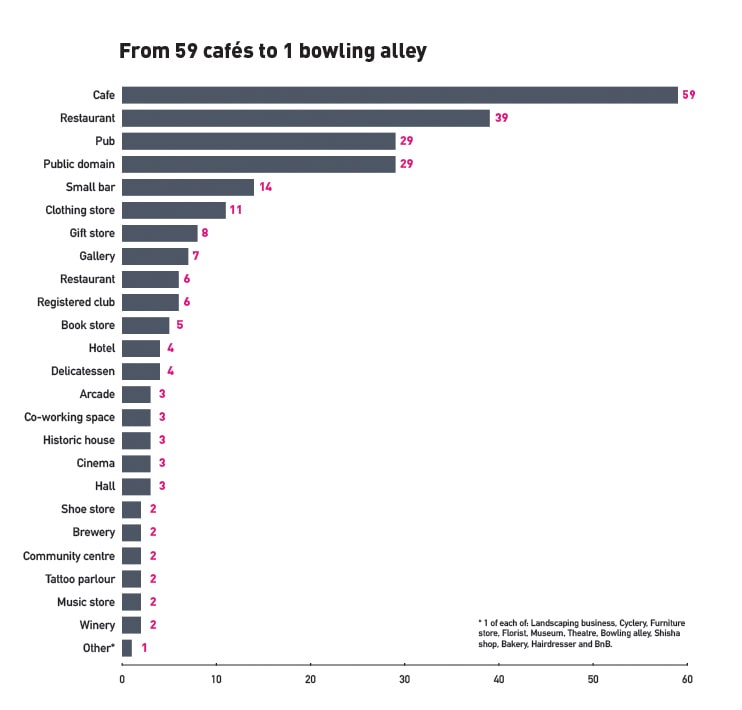 Total audience attendance is estimated over 53,000 across the 18 LGAs in NSW. Based on findings by the Blue Mountains City Council economic development officer, a sample size of 2080 visitors was estimated to have generated around $242,080 into the Blue Mountain’s local economy from a single Live and Local event. 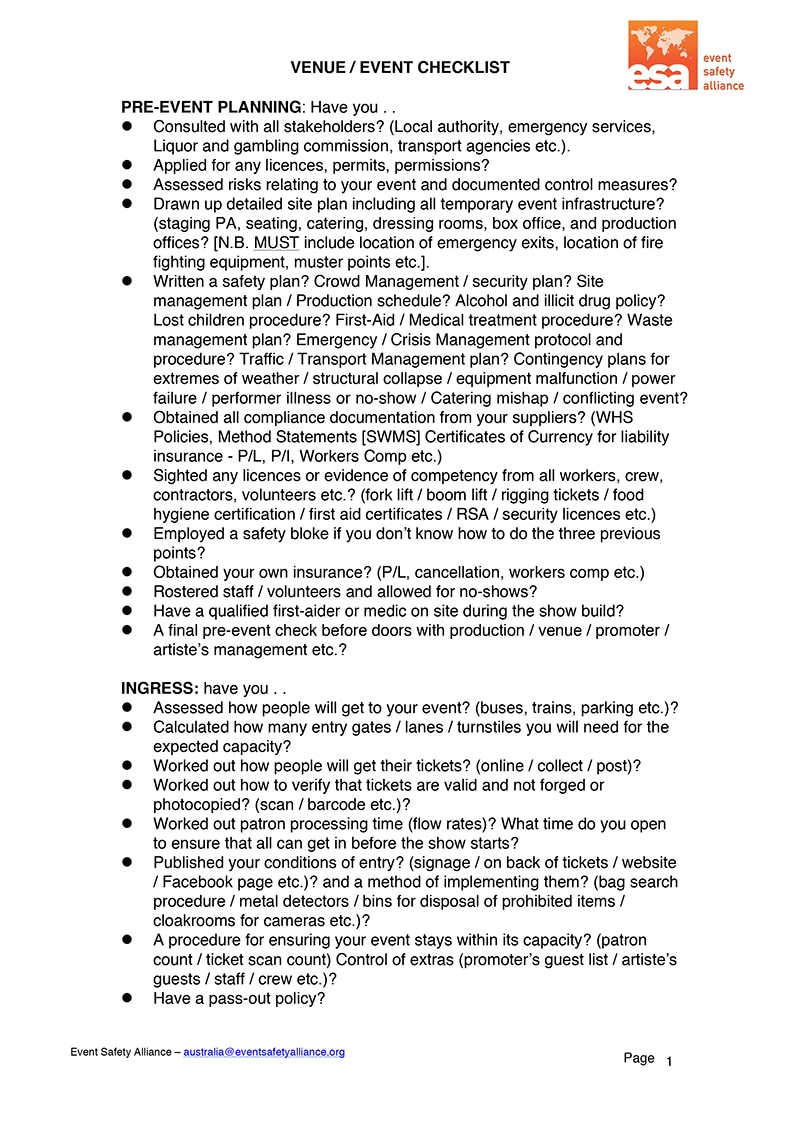 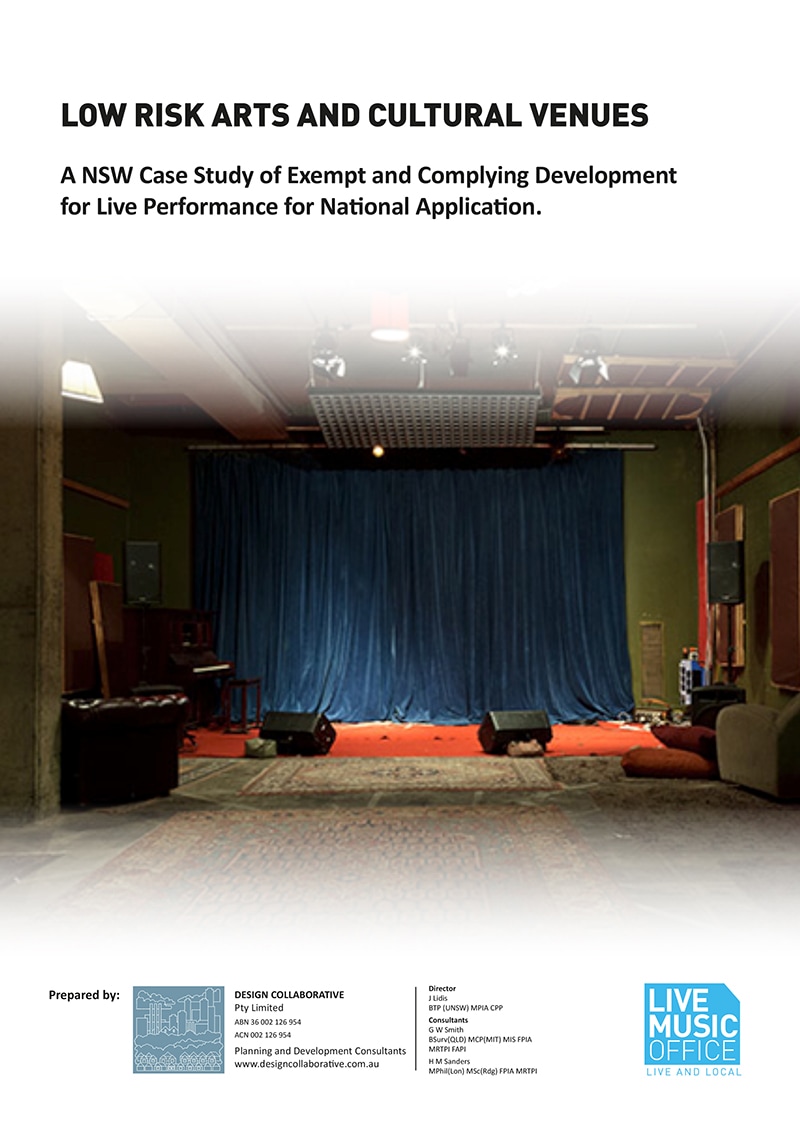 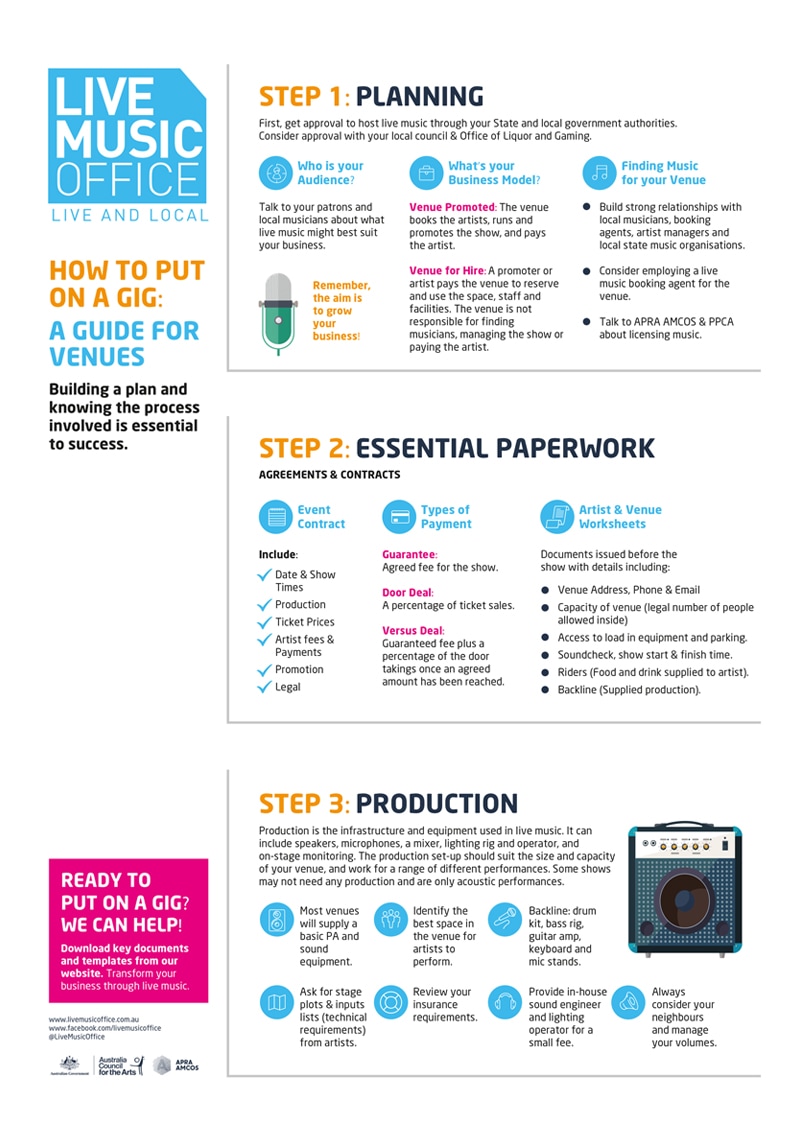 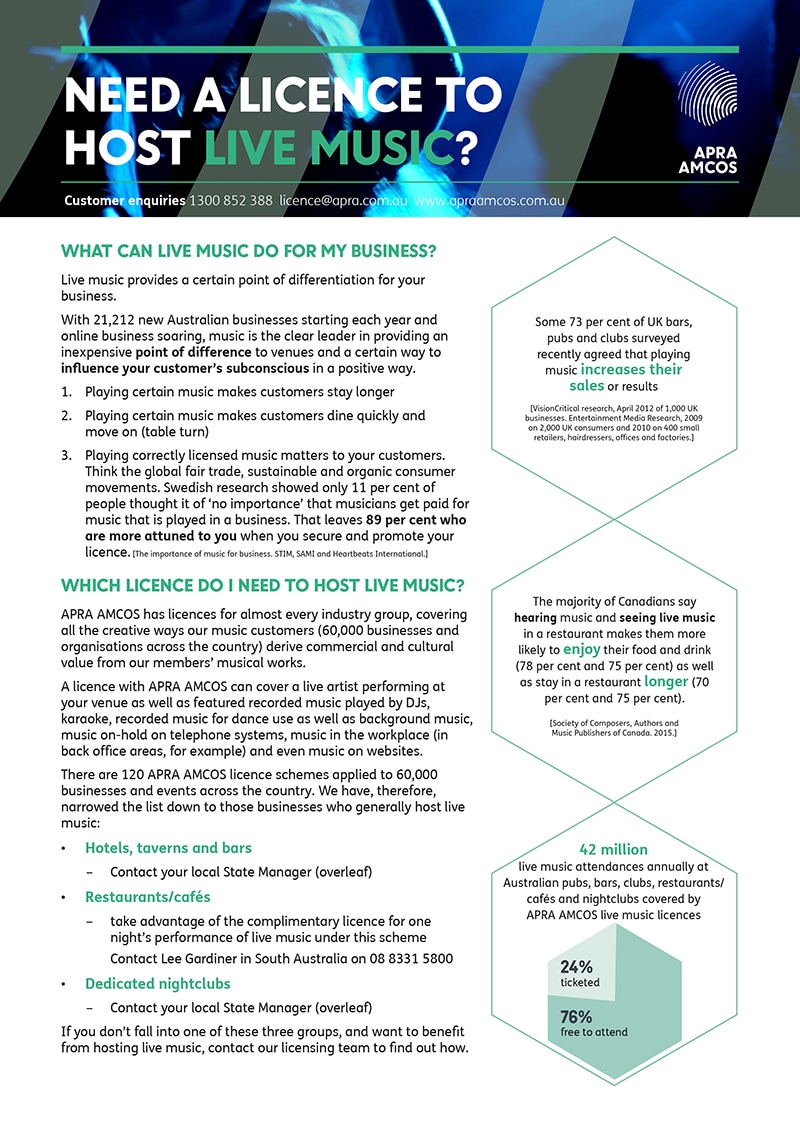